It’s meant for executives and primarily usually appeals to older buyers. Does that mean that the Lexus LS 460L wouldn’t work for families? We drove it for a week to find out if would work.

The Lexus LS 460L features a 4.6 liter 8-cylinder engine that churns out a delightful 386 horsepower and 367 lb-ft of torque. All that juice is sent to the rear wheels through an 8-speed sequential-shift automatic transmission. The driver can customize their ride by adjusting settings for the engine, transmission, and suspension to Eco, Normal, and Sport modes via a console mounted Drive Mode Select knob. 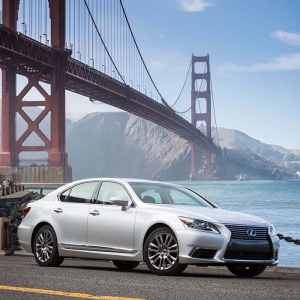 The LS 460 is a beautiful car that looks every bit the flagship of the Lexus brand. Its long sophisticated lines create an elegant aesthetic that manages to appear staid but not dated. Our tester was an LS 460L with the L designating it as the long wheelbase model.

The L is extended five inches overall to accommodate increased rear seat passenger legroom. The extra inches add to the stately appearance that makes those outside wonder just who is inside. Those familiar with the LS model line might notice the rear doors stretched a bit, but it’s not enough to alter the overall look.

The exterior design is unmistakably Lexus with the L-shaped LED running lights under the headlamps and the distinctive hourglass grille. Headlamp housings stretch back into the fenders and the hood is creased just enough to add a hint of sportiness.

The longer wheelbase exists solely for the back seat occupants of the LS 460L. Instead of the odd hump between the back seats in most sedans (that area manufacturers claim is a seat for a fifth adult), the LS 460L features a console. The console houses secondary audio and HVAC controls so those being driven can set the mood for the car. Additionally, there are controls for the rear seats themselves which are heated and cooled and even have a massage feature. If that’s not luxe enough folding footrests can be deployed for recliner like seating.

The rear console and seats were part of the Executive-Class Seating Package, a $16,000 option. The package includes small work tables that fold away when not in use, Blu-ray players with wireless headphones, a 4 zone air purifier, power sunshades for the surrounding glass, and a few other amenities including the feeling the LS 460L lives to serve you.

All of the seats in the LS 460L wrap the occupant in supple premium leather and are supportive without giving the stiff, bolstered feeling of a sports car. The seats are supremely comfortable without feeling squishy or too soft. Hip, shoulder, and headroom are on par with the legroom. The LS 460L is plenty roomy, but manages to not overwhelm with the amount of space.

Fit and finish were superb, and the high level of craftsmanship was subtly evident in areas like stitching in the leather and the premium materials that surround each occupant. One example of the attention to detail was the shimamoku wood trim exclusive to Lexus. The trim is made of alternating layers of light and dark wood laminated in a 38 day 67 step process. The grain and layers of each piece of trim are meticulously aligned across doors, steering wheel, dash, and console and appear as if they were all cut from the same piece of wood. 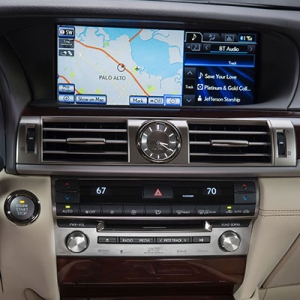 The center of the infotainment system in the LS 460L is a stunning 12.3” screen integrated into the top of the dash. The Lexus Enform software is controlled via console mounted Remote Touch Interface. The remote for the infotainment system is one of our favorite Lexus features. An ergonomic hand rest lets the driver’s fingers rest in the perfect position to operate the buttons and joystick that are the remote. The remote is responsive and easy to operate with no real learning curve.

The Enform system itself is intuitive and extremely easy to use. Our test vehicle was equipped with Destination Assist and eDestination navigation. The system worked well for the most part, but did at one point look as if we drove off the edge of the world when a state route went a little farther than Lexus thought it would.

Below the large screen is an analog clock bookended by two air vents. There’s just something about a simple clock face that screams premium. Below the clock is quite possibly the best looking set of HVAC and audio controls we have ever seen. Simple buttons and knobs make up the controls that are elegant in their simplicity. In addition to the sophisticated appearance of the controls, they were perfectly placed. We were sure if we closed our eyes and reached for any knob or switch we would have gone right to it.

The center stack yields to a console that houses the Drive Mode Select knob, Enform remote, and gear shifter as well as cooling and heating controls for the front seats and an armrest you look forward to resting your elbow on. A small bin and cupholders are concealed under touch operated doors set into the console and provide adequate storage. The shimamoku trim was carried out in the base of the console and unified the trim.

The LS 460L drive experience was one befitting the grand dame of a luxury marque. The drive was just as subtle as the luxurious elements of the design. There was plenty of power available, but engine and road noise were never really noticeable. It wasn’t a driver’s car in the sense the IS 350 F Sport was hunkered down and ready to run, but the chassis, wheel, and pedals communicated enough the driver never felt disconnected from the experience.

While the LS 460L is almost 17’ long, nothing about the drive was cumbersome or unwieldy. The ride was never harsh, but it was not so soft you felt like you were floating. The turning radius was surprisingly small and made parking a breeze, even when we drove through a furrowed pasture serving double duty as an overflow parking lot. Backing the LS 460L was as easy as parking; however, at one point the rearview camera and its alert system sounded off like dropping off a cliff was imminent when we comfortably had at least three more feet to back up. 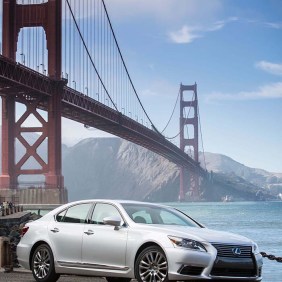 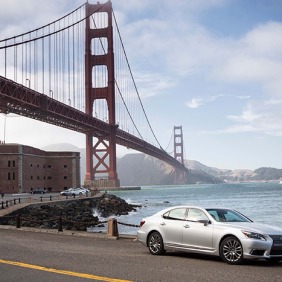 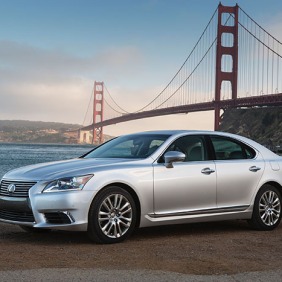 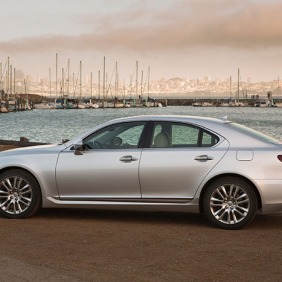 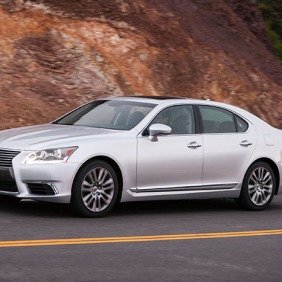 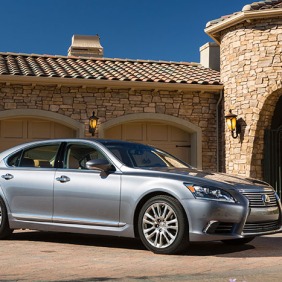 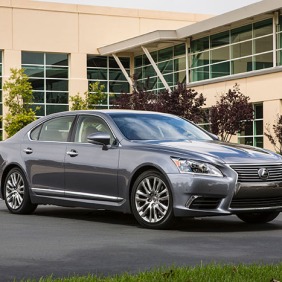 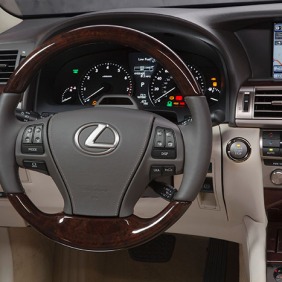 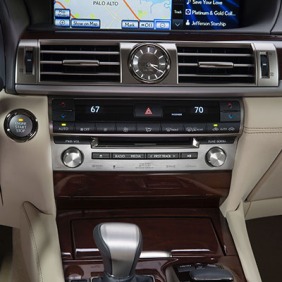 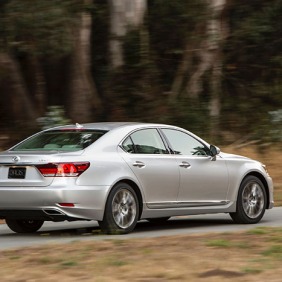 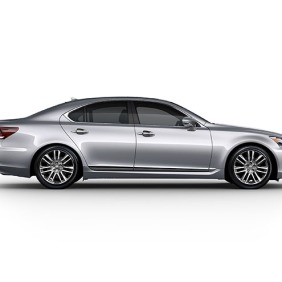 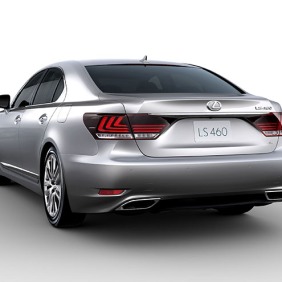 all images courtesy of Lexus